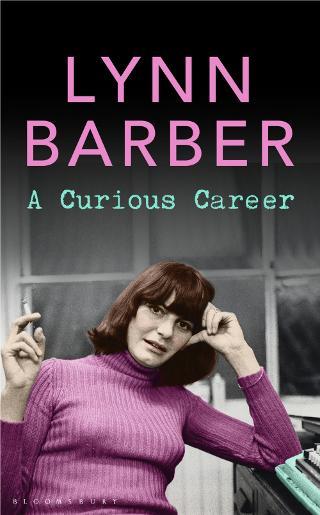 Some readers will have seen the rather excellent film An Education, based upon an episode in veteran journalist Lynn Barber’s life as a teenager where she fell for an older man who turned out to be a con-man and already married. In her book of the same name, this was just one chapter in her fascinating life.

Now, at sixty-nine, she has written another volume of memoir concentrating on her career as probably the foremost British newspaper celebrity interviewer of the previous few decades.  She hints too that she might ‘never voluntarily retire. They will have to prise my gnarled fingers from the keyboard.’  She’s obviously very proud to be still working at it.

Early chapters tell how she learnt her trade at Penthouse interviewing foot fetishists, dominatrices and more, but it was when she moved to the newspapers and started interrogating celebs that her career took off. Later her reputation as ‘Demon Barber’ after some less than flattering pieces was cemented in the public imagination.  She moans that everyone remembers the hatchet jobs, and never the most interesting interviews, but there’s no doubting that the epithet has served her well.

Most of the book looks at all the different types of people she has interviewed, and the techniques used to get the information and then create a memorable article around it. In the days when I read The Sunday Times every week, her interviews were one of the must-read parts (along with the books section of course).  A cross-section of her interviews that illustrate the thrust of each chapter are reproduced in full, alongside all the anecdotes, interviewing and writing tips.

For instance, we hear about the trip to interview Salvador Dali which became an epic four day marathon. We read about how Barber had to create a scene to get the 55yr old Marianne Faithfull to speed up a photo shoot with David Bailey for the interview to fit into the time slot given – and how rude Faithfull and her publicist were – there has been bad blood between the two ever since.

In the chapter on ‘Ethics’, she discusses the problem of having met the interviewee before, or having friends in common…

When I interviewed Jeffrey Archer back in the 1980s, I knew that he knew that I knew his mistress, so I felt a bit awkward asking if he believed in marital fidelity. But of course he was the master of the bare-faced lie and able to beam ‘Of course’ without even the merest tinge of embarrassment.

In her chapter on Sportsmen – not her favourite people — she elucidates on how to make a silk purse out of a sow’s ear, as in her interview with Rafa Nadal. She had to ask the questions while he lay on a massage bed with his underpants exposed  – she felt compelled to ask about the amount of fiddling he does on court with his pants! It was so hard to get any meaningful quotes from him at all, so the write-up relied heavily on her research.  Research is something Barber is very thorough with. Good research allows you to follow up with supplementary questions when the interviewee says something interesting. 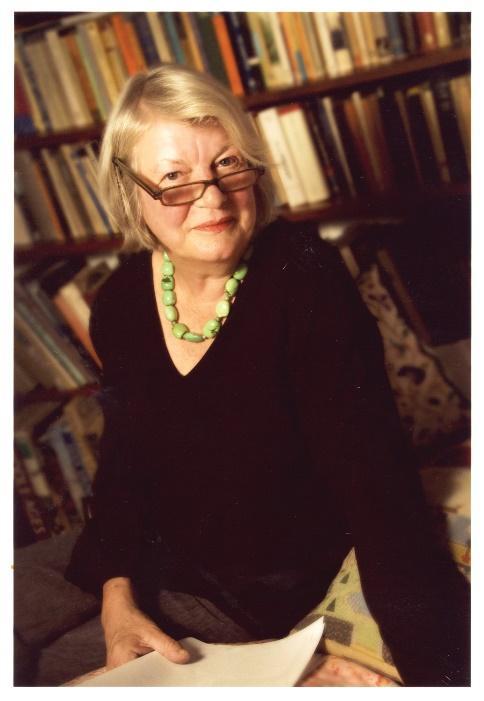 When talking about writers, she describes how, ‘In theory, writers should be easy to interview because at least they speak intelligible English and use words accurately. But on the other hand they tend to be quite secretive…’  This was certainly the case with Muriel Spark in 1990. Barber recalls how it felt like ‘inching up a rock face.’  However, fans of Hilary Mantel will be fascinated to read her interview from 2012 in which there was a lot more give and take.

There are two kinds of people whom Barber adores and is always happy to interview though – they are artists and pop stars. Since meeting Tracey Emin, the two have gone on to become firm friends, but she says ‘I love, love, love interviewing pop stars – I wish I’d done more of them. Obviously I mean the ones who write their own stuff and are as mad as snakes …’

My favourite interview in the book is her one with Shane McGowan which becomes a six hour drinking marathon in a Dublin bar. Despite all his shambolicness, McGowan completely charms Barber and extracts a promise from her to come and rob a bank with him should her husband die before her – a jest that comes back to haunt her when that does actually happen.

We learn that being prepared is the vital basis from which to conduct an interview. From having a back-up tape recorder to doing the research to having a long list of prepared questions, all will help to make the most of this unnaturally engineered situation.  As a primer for aspiring interviewers, it’s all good advice.

Barber is excellent company as always and it was good to (re)read some the reviews she has written for The Times that are now hidden behind the Times newspaper group’s paywall.  I do hope that she has more interviews left in her and doesn’t retire at seventy.

Annabel is one of the Shiny New Books editors, and still has pipedreams of running a magazine with lots of interviews and books – hang on a minute!…

One thought on “A Curious Career by Lynn Barber”